"Seek has been such a friendly safe place in which to take on challenges, develop skills and experiment. Tasks are referenced to interesting pieces of art, research and reflection a part of what we’re asked to do. Personal interpretation and opinions welcomed and valued." 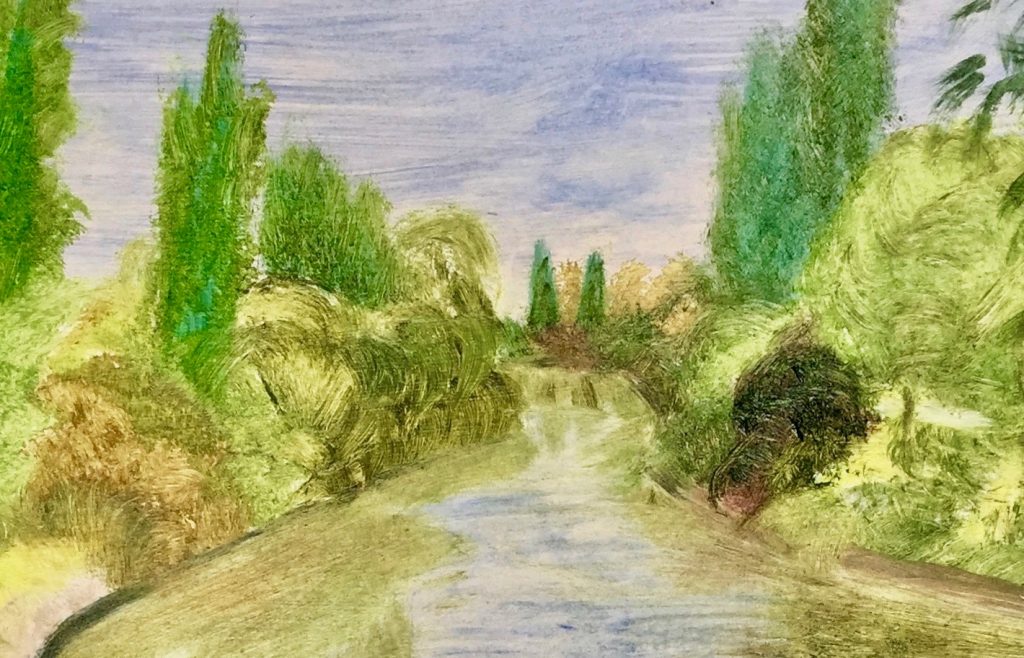 Student responses to the project

A bit of art history to get you started this week.

In 1890 the French painter, decorative artist and writer, Maurice Denis said a very profound thing that resonates even today. “Remember that a picture, before being a battle horse, or a nude or some sort of anecdote, is essentially a plane surface covered with colours assembled in a certain order.” We all remember that wonderful Morecambe & Wise comedy sketch with the composer Andre Previn. Being accused of playing all the wrong notes by Previn, Eric reacts with “ I’m playing all the right notes but not necessarily in the right order.” Getting that semblance of the ‘right order’ that ‘works’ is a continual challenge for everyone including artists.

Look at the images I’ve included and see how the artists have distilled their compositions into simple arrangements of coloured shapes, still representing the subject but in semi-abstract form. The picture by Paul Serusier called ‘the Talisman’ is about A3 in size, painted on the back of a cigar box, under the instruction of Paul Gauguin. It was called ’The Talisman’ because of its special significance to the group of artists called ‘Les Nabis’ (Hebrew for prophet) and used it as inspiration for their collective approach to painting.

One picture up to A3.

Any materials, which includes a mix of materials including collage.

Choose your subject to work from. Look at its simple shapes and colours and carry that way of looking into the whole composition. See how all the example images are still able to represent objects but in that distilled way. The important thing is to try and not get bogged down in detail.

This website uses cookies to improve your experience while you navigate through the website. Out of these cookies, the cookies that are categorized as necessary are stored on your browser as they are essential for the working of basic functionalities of the website. We also use third-party cookies that help us analyze and understand how you use this website. These cookies will be stored in your browser only with your consent. You also have the option to opt-out of these cookies. But opting out of some of these cookies may have an effect on your browsing experience.
Necessary Always Enabled
Necessary cookies are absolutely essential for the website to function properly. This category only includes cookies that ensures basic functionalities and security features of the website. These cookies do not store any personal information.
Non-necessary
Any cookies that may not be particularly necessary for the website to function and is used specifically to collect user personal data via analytics, ads, other embedded contents are termed as non-necessary cookies. It is mandatory to procure user consent prior to running these cookies on your website.
SAVE & ACCEPT
×
×